2011 was meant to be "a year off", and thankfully, it has been – although not nearly as "off" as originally intended.

There were two albums recorded – "Leigh’s Spider Jam" by Andres Roots Roundabout and "The Hollow..." by L.R.Phoenix – plus some more experimental compositions for an international feature film soundtrack, but more on that when the editing process is complete. 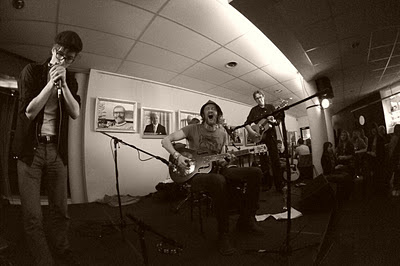 There was a live appearance on the ETV morning programme and two concert segments (from November 2010 and May 2011) aired on Tallinna TV; recorded music from the "Roundabout" and "Leigh’s Spider Jam" albums was used in the TV series "Ühikarotid" (Kanal 2) and "Köögikodanikud" (ETV). 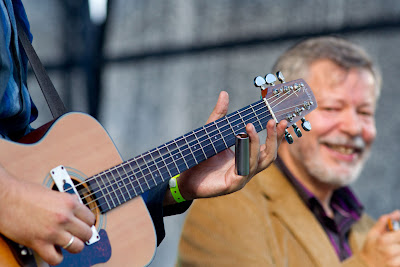 There were tours with Eric "Red Mouth" Gebhardt (USA) and with Steve Lury (UK), as well as appearances at the Lahti Grand Blues Festival in Finland and at the Pärnu Blues Festival, Viru Folk Festival, Estonian Bike Weekend, Underground Blues, Guitar Jamboree, and the Baltic-Nordic Harmonica Festival, where the band also backed Dennis McMasters (USA). Club dates ranged from Graceland in Turku, Finland to the Estonian Dairy Museum in Imavere.

In 2012, there will be more gigs, including festival appearances in France (March) and in Finland (April, June). There will also be more recordings, but probably no album release – then again, "no album" was the plan for 2011 as well...
Posted by RootsArtRecords at 3:16 PM