Stompin' In The Ghetto

The GhettoBlues & Stompin' At The Savoy shows in Helsinki were fabulous. The band would like to thank everybody who was there and/or helped make it happen - cheers! 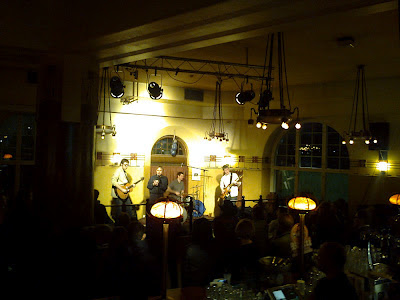 Next stop will be the Jazzkaar thing with Dave Arcari - and this time "with Dave Arcari" actually means appearing as his backing band for a few tunes - at the Türi Cultural Centre on April 26th. 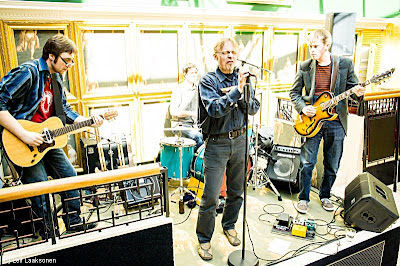 Stompin' At The Savoy @ Katsomo - photo by Leif Laaksonen

And then there's the trio EP release gig at the Genialistide Klubi Café in Tartu on May 1st... But here's the quartet version of the band again, with Martin's "Hawaiian Rhumba":

Posted by RootsArtRecords at 10:48 PM