On May 19th, the Finnish roots rock trio Dortmunder will be launching a four-track EP called "Sihijuomaboogie", the title track of which features Andres Roots on slide guitar. The band consists of three veterans of the Tampere music scene, Marko Aho on guitar, Jysky Ristilä on bass and Mako Kelokaski on drums, with Aho doing the songwriting and the famed Freud Marx Engels & Jung vocalist Pekka Myllykoski lending his voice to one of the tunes. The EP will be released by Suomen Maaseutumusiikkiyhdistys. 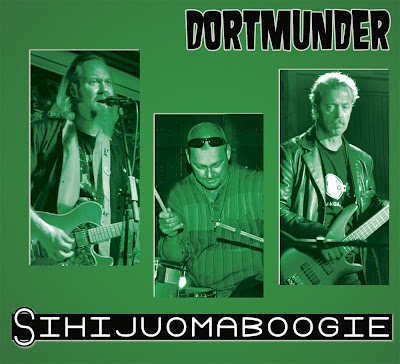 The current issue of Finland's Blues News magazine includes a really cool review of "Leigh's Spider Jam" by TT Tarkiainen, with "jazzy swing", "late '60s Rolling Stones", "a psychedelic approach" and "sheer country blues" only a few points of reference. Meanwhile, the June tour with Steve Lury is drawing near - here are the posters for the last two gigs in Finland, both on June 9th: 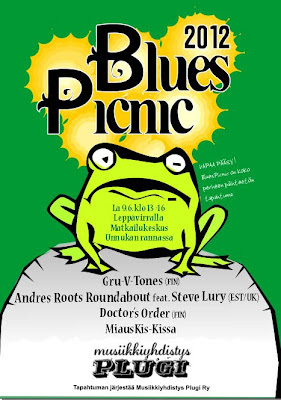 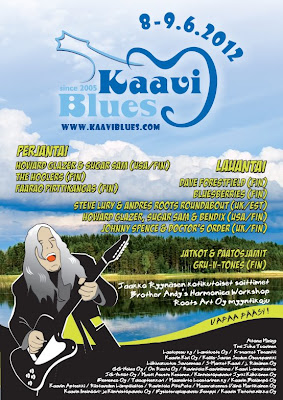 Have we got any non-Finnish news for you? Maybe next week ;)
Posted by RootsArtRecords at 5:13 PM