The "Roots Music" LP was released on April 6th; by April 13th, it was #1 on both Lasering & CD Market sales charts. You can watch the Pealtnägija episode on how the first Estonian-pressed vinyl came about here and listen to Andres discuss it on Vikerraadio here (sorry - both are in Estonian).

The first album review was published in the daily Postimees on April 9th and states: "To explain the feeling, one could say that the music sounds a bit like the soundtrack from an unknown Tarantino film: slightly dusty and old-fashioned, yet contemporary and cool."

Andres Roots will be playing another birthday concert/CD release party in April, this time at Kohvik Versus in Pärnu on April 28 - earlier that afternoon, he also concludes his series of blues history lectures at the Pärnu Central Library. Plus: for May 6 & 7, two Bottleneck Guitar Trendsetters gigs have been announced for Lahti & Kouvola in Finland - details on the gig page, and more on that later! ;) 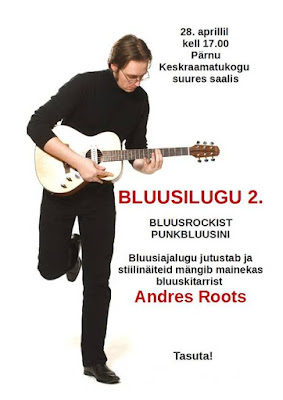 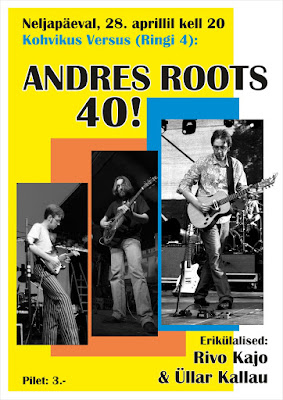 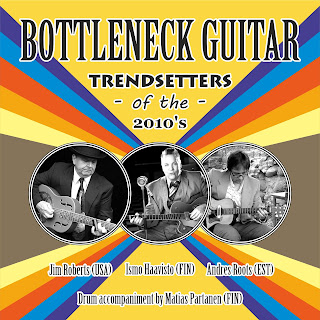 Posted by RootsArtRecords at 5:21 PM