Last weekend's Finnish tour was fabulous: thank you, Janakkala, thank you, Järvenpää, thank you, Helsinki, thank you, Kouvola! :) With extra special thanks to Jantso Jokelin for sitting in on harp at the Hakasalmi Villa!

Here's a photo of the solo half of the Hakasalmi show, by the legendary Risto Vuorimies:

Tonight - July 19th - is the opening night for 1Teater's version of "Vihmameister" - "The Rainmaker" by N. Richard Nash that features a bit of music written and recorded by Andres Roots. Get your tickets HERE!

As for live performances, next up is the Pärnu blues festival next week: it's the set that opens the fest, 3 p.m. on Tuesday, July 26th at Mohri Ait! 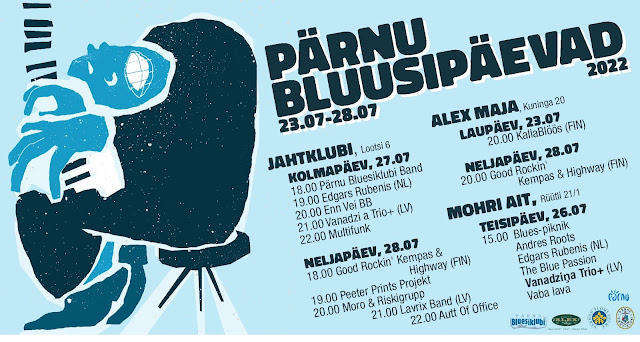 Posted by RootsArtRecords at 10:33 AM