Another gig added for February: on Thursday, Feb. 16th, the Roots-Eessalu-Terep instrumental trio version of ARR will perform at the three-day Blue Icicle winter bluesfest in Pärnu. The concert will be held at the Yacht Club and there will also be a blues fair there that night - a chance to check out ROMU amps, the Roots Art CD selection and much more. 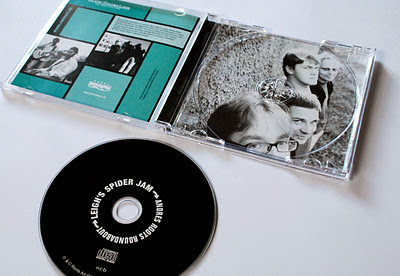 Meanwhile, Wim Velderman has reviewed "Leigh's Spider Jam" for BluesMagazine.nl in Holland: "What technique and what words. Without realising, I play the album again and again, there's no calming the storm. I may be up late, but that's all right..."

And Andres' Black River Bluesman profile, which originally appeared in the Jefferson Blues Magazine in Swedish has now been translated to Finnish by Pasi Tuominen for the Jazzrytmit webzine. Mind you, the original piece was written in English and that version is now also available via Blueswebzine.com! 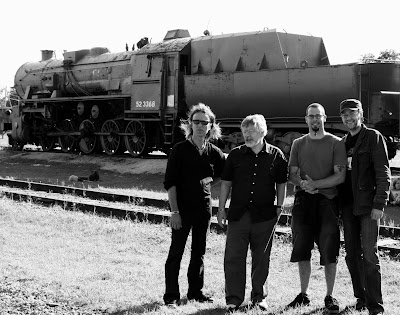 Andres with Black River Bluesman, Steve Lury, L.R.Phoenix in 2007. Photo by Normunds Kalnins.
Posted by RootsArtRecords at 7:58 AM