But first, a quick update on the "Three!" album: it made 'CD of the week' on "een uurtje van NiX"/ EnschedeFM in the Netherlands while Andres ended up as 'artist of the month' in the Estonian fashion magazine "Mood". In Germany, the "Wasser-Prawda" webzine calls the album "one of the most entertaining and versatile instrumental albums... and not just for guitar players." And Andres' lengthy live interview for Estonian national broadcasting's classical music station Klassikaraadio can be heard and downloaded here for another week.

OK: the real news is that on Wednesday, September 11th, Andres Roots, Steve Lury and Peeter Piik will play a show at the Slouch in Glasgow with Craig Hughes, followed by three nights at the Shetland Blues Festival: September 13th in Unst, 14th in Vidlin, and 15th in Lerwick. That is the "most northerly blues festival" in the UK, as close to Norway as it is to Scotland, so don't miss this! :) 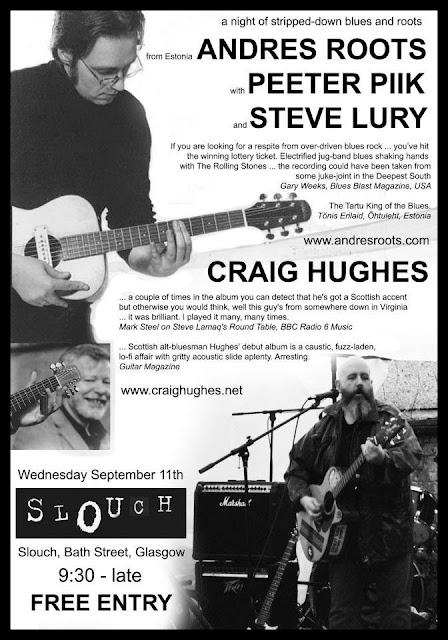 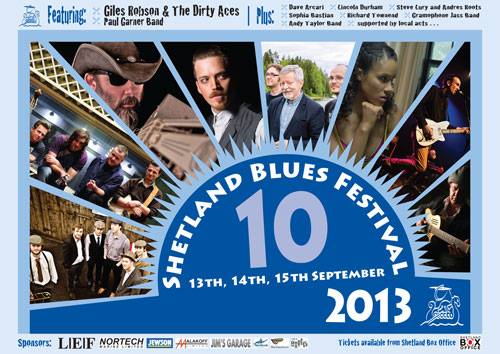 Posted by RootsArtRecords at 3:42 PM