2017 was a pretty big year – from receiving the Blues Album of the Year Golden Disc Award for the "Roots Music" LP to winning the first Estonian Blues Challenge (and Best Guitarist!) with Tammepõld, Roots & Kadakas, who will be representing Estonia at the European Blues Challenge in Hell, Norway in March 2018.


Even with taking both June and September off, there were 56 shows in 3 different countries with 9 different band line-ups in 2017, including appearances at festivals such as Augustibluus, Pärnu Harmonica, Prima Vista, Tartu Bluusikuu and UnderGround Blues in Estonia, Blues & Jazz at Rock Café and Sundays Blues Festival in Latvia, and Navetta Blues in Finland – as well as tours with the Ismo Haavisto Jubilee Orchestra in Finland and with Steve Lury (UK) in Estonia.

The year saw TV appearances on Re:TV in Latvia and on ETV in Estonia, plus live radio performances on Elmar and Raadio 2 – the latter, a live broadcast of the legendary Rahva Oma Kaitse was particularly memorable. The solo number "One For Mezz" appeared in the Katrin & Andres Maimik film "Minu näoga onu/The Man Who Looks Like Me", while another solo tune, "No Iguanas", received a video by Asko-Romé Altsoo.

Around New Year, 2016's "Winter" album spent two months in the blues airplay charts in the UK and in France. "Mono", a live mix of solo and duo recordings featuring Howard Fishman (USA) and Raul Terep, was released on cassette for Record Store Day and then on CD. October also saw the launch of Sawmill Roots Orchestra's first single, with a full-length album coming in March 2018 – the album launch tour will feature a very special guest: Mr. Robert Johnson (USA).

What else? The artist/endorsement deal with G7th Capos, of course! And 2018 is already beginning to look busy, too, with Ghettoblues in Finland and the Viru Folk Festival in Estonia among the many concerts already announced. So Merry Christmas & Happy New Year & see you at the Tartu Bluusikuu in Tartu, Estonia in February 2018!

PS & NB: Andres Roots has been nominated as Male Artist of the Year by the Gloucester, UK-based Severn FM's Blues Hour radio show – you can vote until the end of the year, so please e-mail Dr Wart Hoover at blues(at)severnfm.com, with "bluesman" in the subject line and the name of your favourite nominee in the text portion of the message! ;) 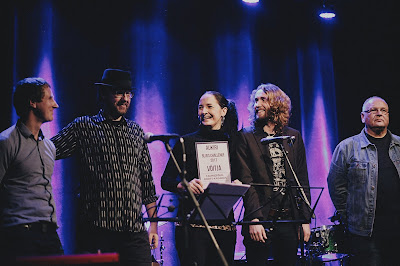 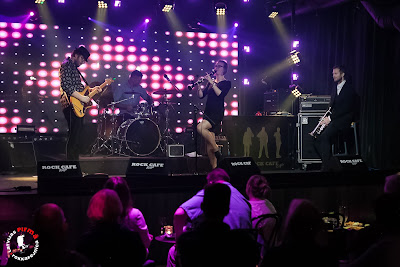 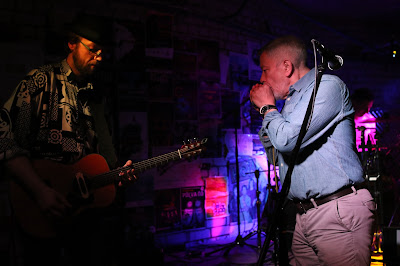 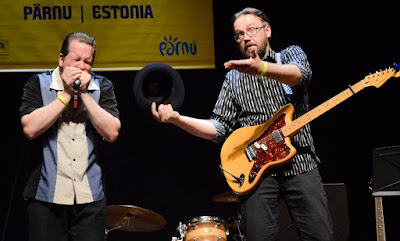 Posted by RootsArtRecords at 1:04 PM