The first dates for Andres Roots' 2019 UK tour with Dave Arcari have been announced: March 1st at Leith Depot in Edinburgh and March 2nd at Buchanan Memorial Hall in Milton Of Buchanan!

Meanwhile, the "Breakfast in September" CD's made Album of the Week on Ian McKenzie's Acoustic Blues Club on Kansas City Online Radio - and Andres has made it into the history books, as Mart Jaanson's "100 Years of Estonian Music" lists him as 'our internationally best-known player of pure blues'.

Below are some photos from the Andres Roots, Peeter Piik & Les Wilson set at the Tartu Blues Society's 15th anniversary party at Illegaard on December 6 - all photos by Leif Laaksonen. 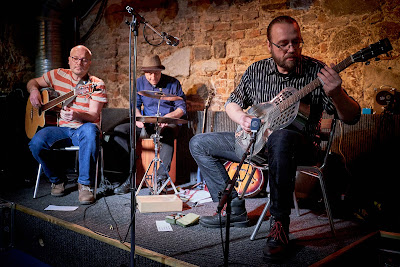 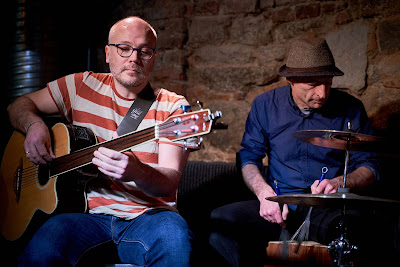 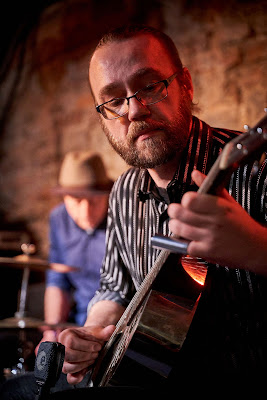 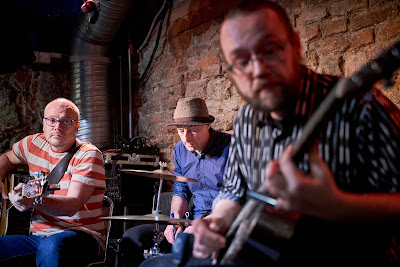 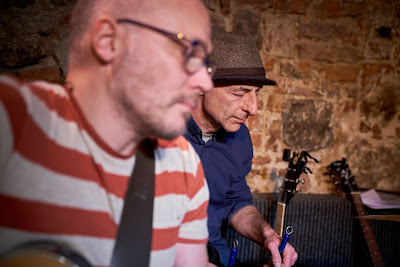 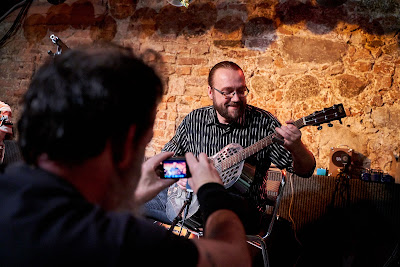 Posted by RootsArtRecords at 8:18 AM