A 7" 45 RPM solo EP will hit the stores before the summer ends, containing two acoustic and two electric numbers recorded live in the studio on June 7th by Jaan Tamm. Mastered by Asko-Romé Altsoo, front cover photo by Priit Põder, back cover photo by Leif Laaksonen, design by Siret Roots. And here's one of the tunes:


On Tuesday, July 9th, Andres Roots will continue his concerts at Von Krahl in Tallinn, followed by a show at Toila Pargi Kohvik as part of the festival 7 Linna Muusika on July 12th. And then there's the "West Coast Tour": the Pärnu Bluusipäevad festival at the Pärnu Yacht Club on July 24th, a rooftop concert at the SEE Theatre in Haapsalu on the 26th, and a set at the Holster Club's Wild West extravaganza in Palivere on the 27th. Here's some posters... 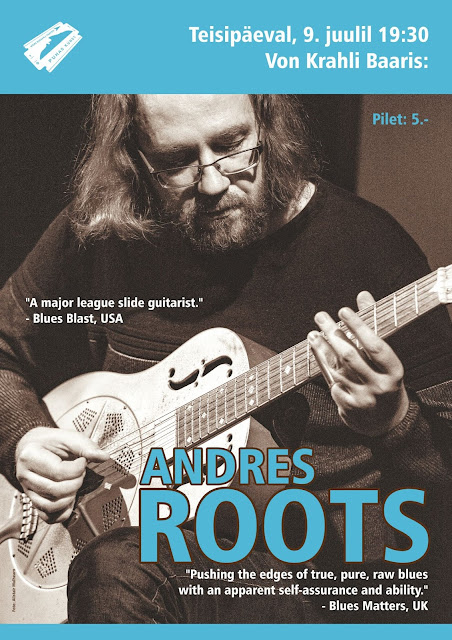 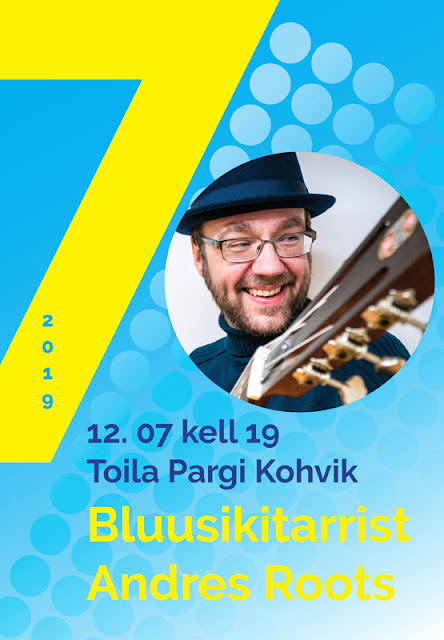 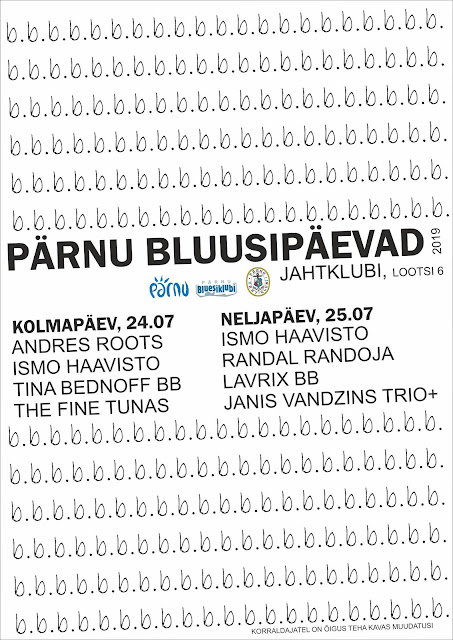 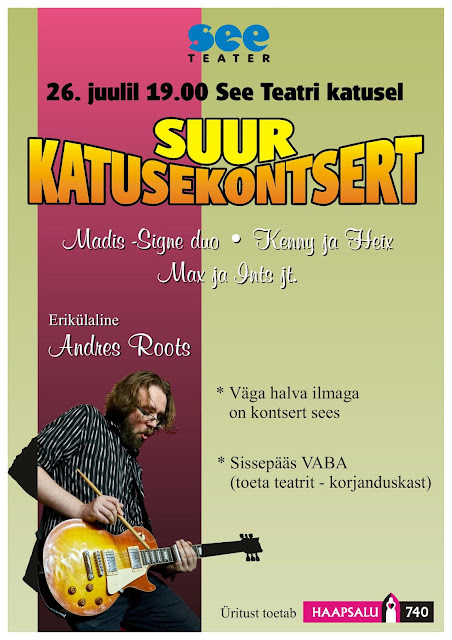 Posted by RootsArtRecords at 12:05 PM