Tartu Bluusikuu is coming again, and while Andres Roots is no longer involved with organizing it, he will nevertheless play a short set at the festival launch at the Tartu Public Library. That's 5:30 p.m. on January 21st - this year, there will be two photo exhibitions unveiled there that day, both by the legendary Finnish photographer Risto Vuorimies: one on Love Records, the Finnish record label for which Vuorimies designed a myriad of album covers in the 1970's, and the other on his life and music in Cuba. 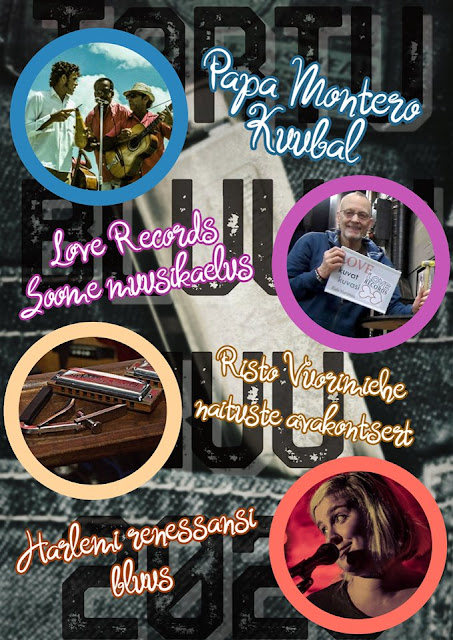 Posted by RootsArtRecords at 11:34 AM