On Thursday, July 31st, Andres Roots & Raul Terep will be appearing at the Pärnu Blues Festival - the outdoor stage at the Pärnu Yacht Yacht Club. In case you've forgotten, all Pärnu Bluesfest gigs are free! 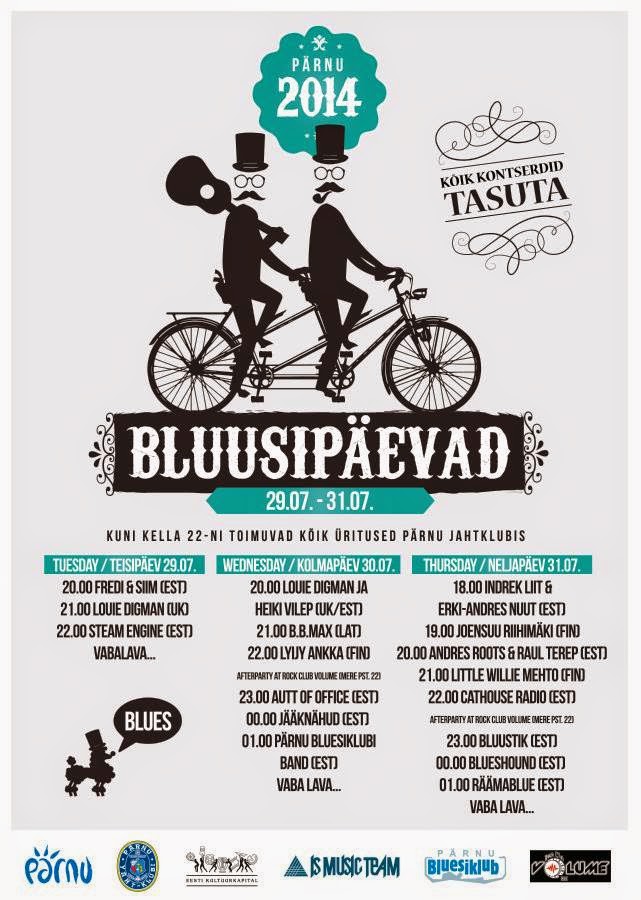 With a bit of luck, the boys will also be unveiling the CD edition of "Trad.alt.blues" there, which includes the ten track live bootleg that was briefly available as a free download in April plus two new studio tracks: "Django" and "Chicken Man". The disc should hit the stores in mid-August. Oh, and on July 31st, Tartu's IDeeJazz Festival will be announcing their line-up for this year's fest - nudge nudge, wink wink, eh? ;)

What critics have said about Roots & Terep's "Trad.alt.blues" thus far:

"It is clear why Andres Roots is considered one of the best guitarists in his homeland and on the European underground blues scene: from start to finish, the creative tension between his instrument and Terep's drums is palpable."
– Nathan Nörgel, Wasser-Prawda, Germany

"This is a man who can play the blues... Raul Terep tears it up behind him on drums, the pair stomping and striding through a set of up-tempo, highly charged electric blues 'n' drums. There's nothing new here, but damn they do it well."
– Samuel J. Fell, Rhythms Magazine, Australia

"The injection of soul licks and traditional Estonian airs... turns the difficult task of a full-length instrumental concert into a happy moment where you feel you've heard as many stories as if there'd been a singer recounting them."
– Christophe Mourot, Soul Bag, France
Posted by RootsArtRecords at 11:15 AM