The Film, The EP & Finland

First of all, the Muddy Waters event at Illegaard with Dave Arcari was a success: a big thank you to everybody who was there! Rest assured we'll be doing it again next year for Muddy's 100th - bigger and better! :) 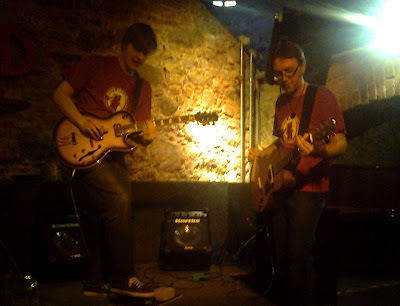 The night after that was the Tartu premiere of Peeter Simm's cool new Estonian/Belarusian/Latvian film "Lonely Island", which features both "Folk Club Blues" and "Legacy Blues" off the "Leigh's Spider Jam" CD, plus some guitar-only bits Andres recorded especially for the soundtrack. The Latvian premiere is next week and the film is already in cinemas in Estonia and Belarus.

The day after that was a big holiday for most people, but - no rest for the wicked! - the band was back in the studio, finishing their "Electric Dixieland" EP. There's still a wee bit of mixing and mastering to be done, but we expect the release (& release party!) date TBA this coming week. 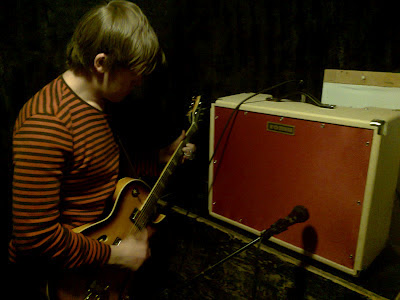 Next weekend will see the quartet line-up of the band at GhettoBlues and Stompin' At The Savoy in Helsinki, Finland - the Roots Art Records merch table will also be there with CD's, ROMU amps, handmade jewellery, T-shirts with designs so new we can't even show you yet, and more. See you there!
Posted by RootsArtRecords at 2:08 PM