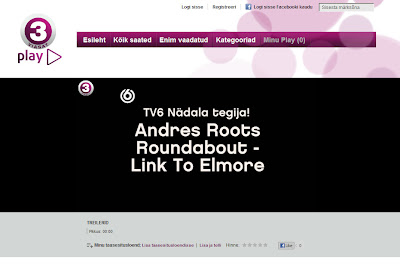 It has somewhat belatedly come to our attention that on July 16th, TV6 chose "Link To Elmore" as their tune of the week - cheers, y'all! Here's a live version of the song from July 13th, as performed by the Black Bay Zydeco Stompers feat. Andres Roots and hailed as the "ultimate highlight" of a set "composed for the most part of stylishly swinging cajun and zydeco" by Jyrki Kallio, who also captured it on video:

If you read Finnish or just want to see some great photos and more video footage, here's the link to Mr. Kallio's wonderful report of the Louisiana Cajun Party. Here's one of his pics, just to wet your appetite: In other news, three trio gigs for the Andres Roots Roundabout in the Manchester area have just been confirmed, namely:

The band will also be recording a live session for Stockport's Roots & Fusion show on Pure FM. Supporters of the tour thus far include Music Export Estonia and EAÜ. 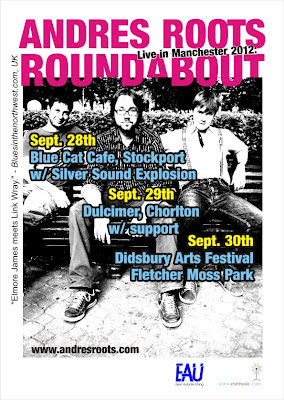 Posted by RootsArtRecords at 7:00 PM