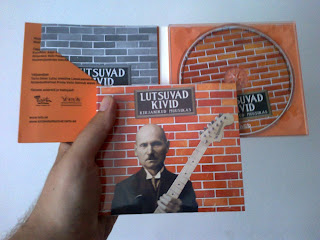 The 2010 track "Stick With You" that features Eric "Red Mouth" Gebhardt on vocals, Andres Roots on guitar, Ahti Bachblum on keys and Kalle Kindel on drums has been released on "Lutsuvad kivid: writers in music", a compilation CD of music by Estonian poets and writers. Compiled by Aapo Ilves and released by the Tartu Public Library, only 100 copies will reportedly hit the stores, so order yours today! ;)

Below, there's more pics from the June 2013 Tartu gigs, this time by Alar Madisson/Eesti Kirjandusmuuseum. The shows were at a train poetry reading at the Tartu railway station with Peeter Piik and at Madisson's outdoors photo exhibition opening in Vanemuise Street. 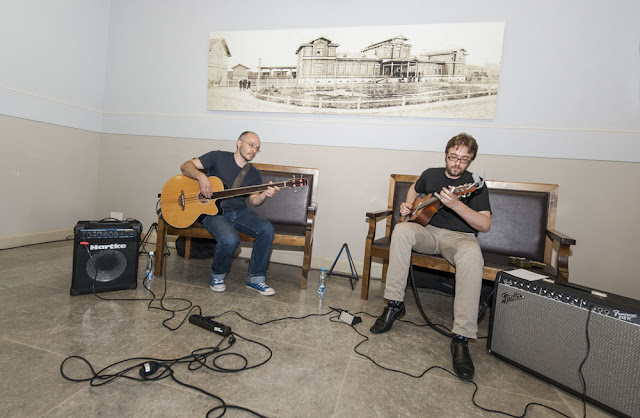 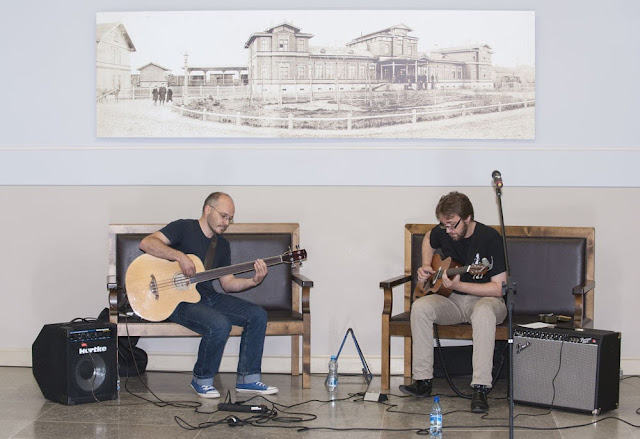 Posted by RootsArtRecords at 11:04 AM