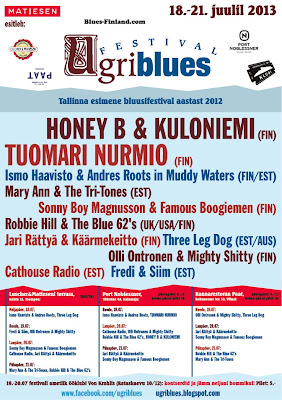 First & foremost: this coming week, it's time for the Ugriblues Festival in Tallinn - four days of music in four venues, headlined by Honey B & Kuloniemi and Tuomari Nurmio.

Opening the festival on Thursday, July 18th at Luscher&Matiesen & doing a second show on Friday at Noblessner will be the Ismo Haavisto & Andres Roots in Muddy Waters tribute quartet: Ismo, Andres, Peeter Piik on bass & Matias Partanen on drums. 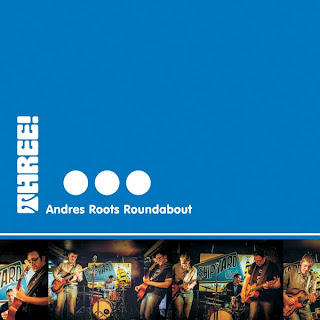 The release party will be held at the Sigulda Blues Festival in Latvia on July 27th, repeated at the Augustibluus Festival in Haapsalu on August 2nd, with more CD presentations to follow in October. 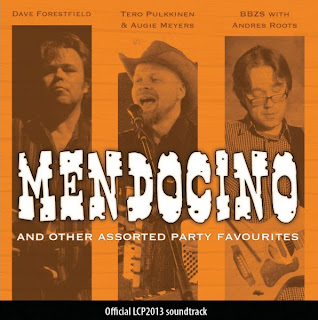 And, last but not least, July 20th will see the release of "Mendocino" - the CD companion to this year's Louisiana Cajun Party in Tampere, Finland. The CD features tracks by Tero Pulkkinen & Augie Meyers, Dave Forestfield, and Black Bay Zydeco Stompers with Andres Roots - including a brand new cover of the Lollipops/Hurriganes classic "I Will Stay".

The first 30 people to order it will get a complimentary copy of last year's Cajun Party release, by BBZS with Ismo Haavisto & Andres Roots...

Posted by RootsArtRecords at 12:14 AM