On September 11, Roots & Terep played a concert at the Lääne-Viru County Central Library in Rakvere, promoting their "Trad.alt.blues" album right after Siret Roots' art exhibition opened downstairs. Below are a few photos Siret took during the concert - and also an image of the 2012 book on the 100-year history of the library, which included a photo of one of Andres' earlier visits with Eric "Red Mouth" Gebhardt.

In other news, Tallinn's Outlaw Music is preparing the release of an Estonian tribute album to the legendary Finnish rock band Hurriganes. Andres Roots & Raul Terep were joined in the studio by the fabulous vocalist Mikk Tammepõld (Dramamama, Brides In Bloom) and here's their contribution: a cover of the Hurriganes cover of Ten Years After's "Hear Me Calling" - the album should hit the stores before Christmas: 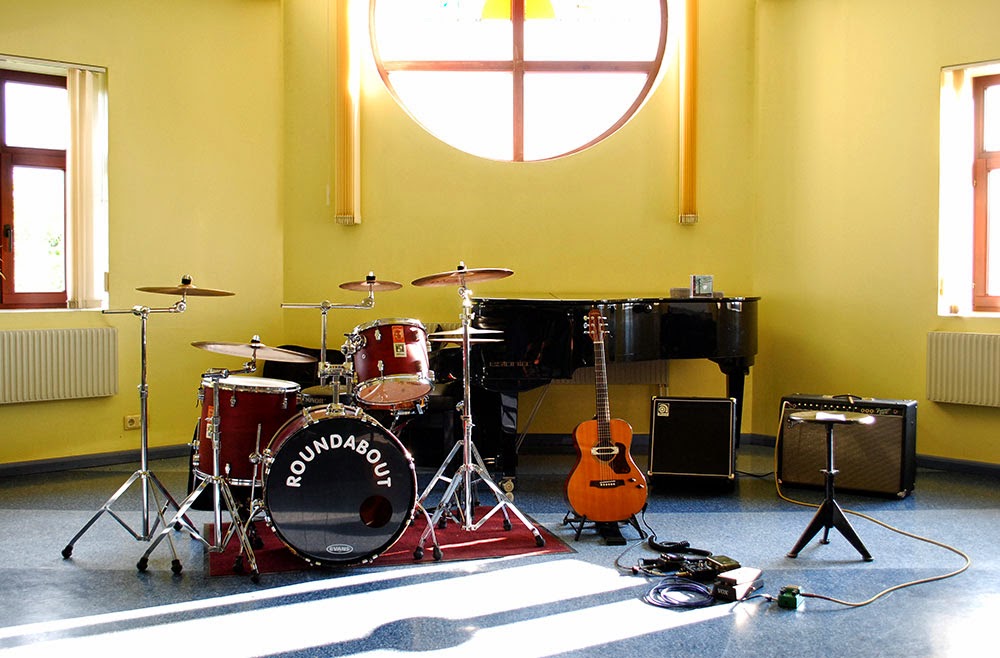 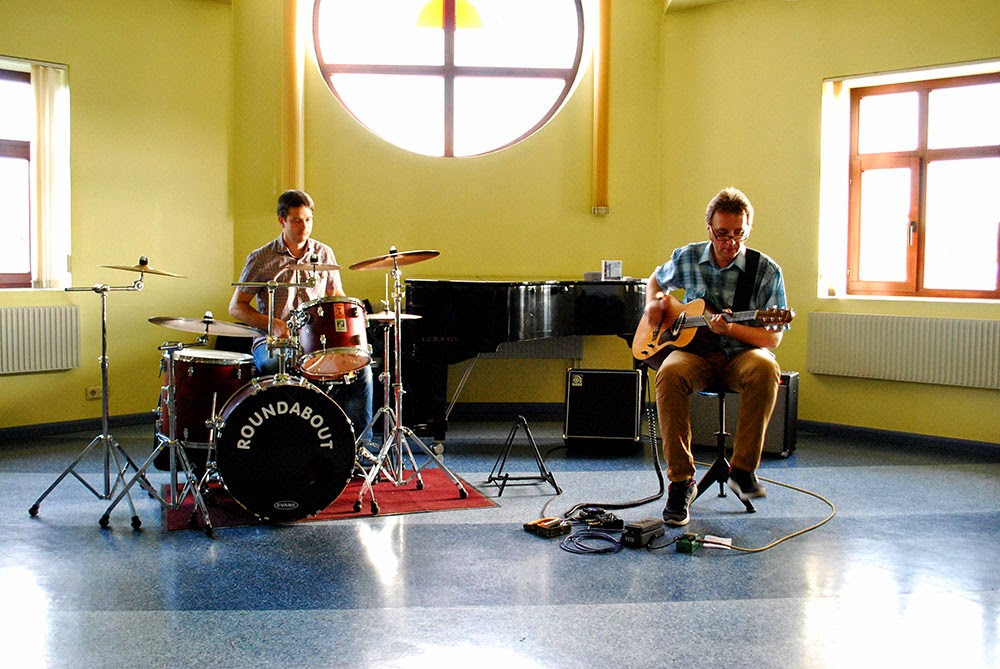 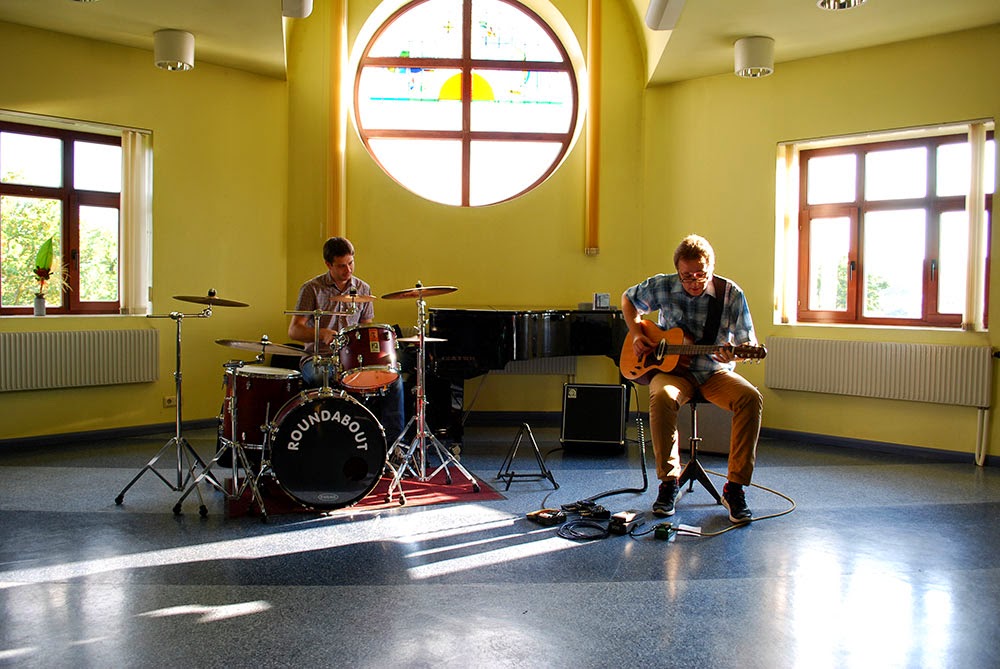 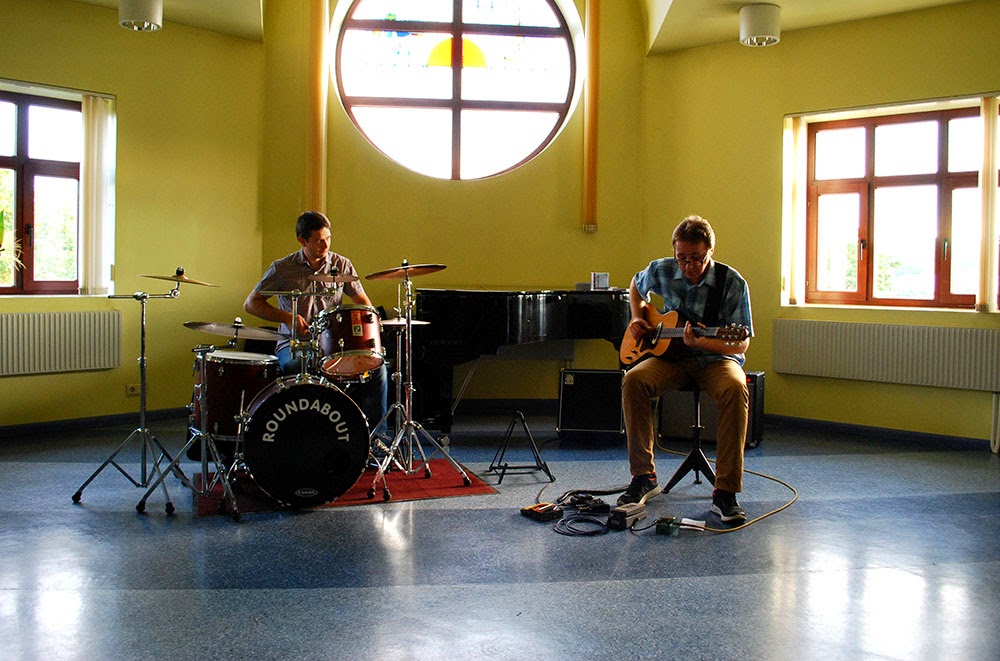 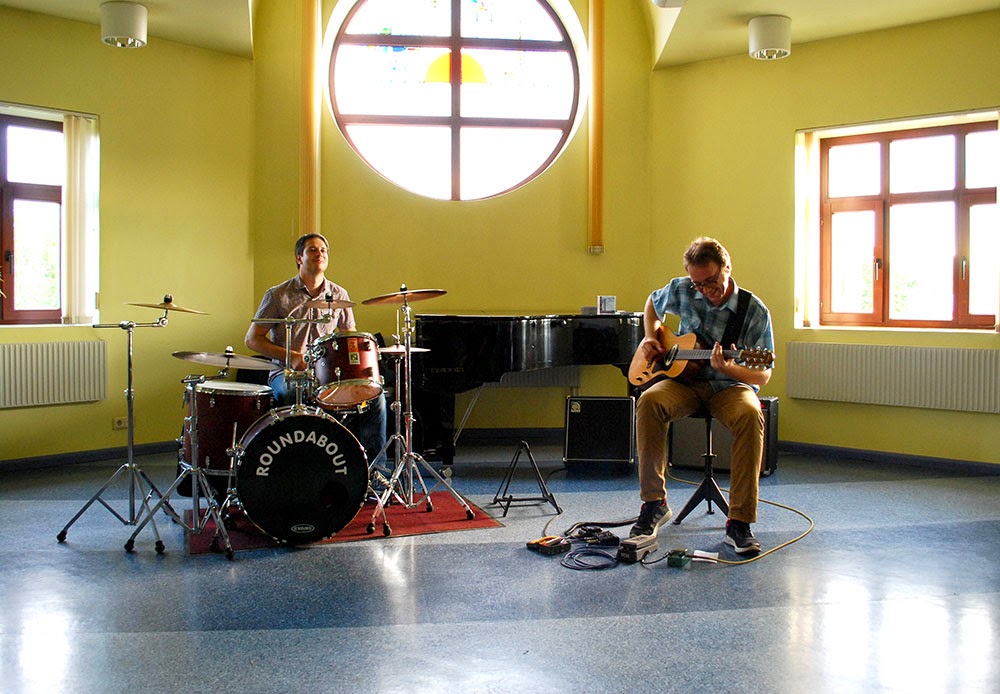 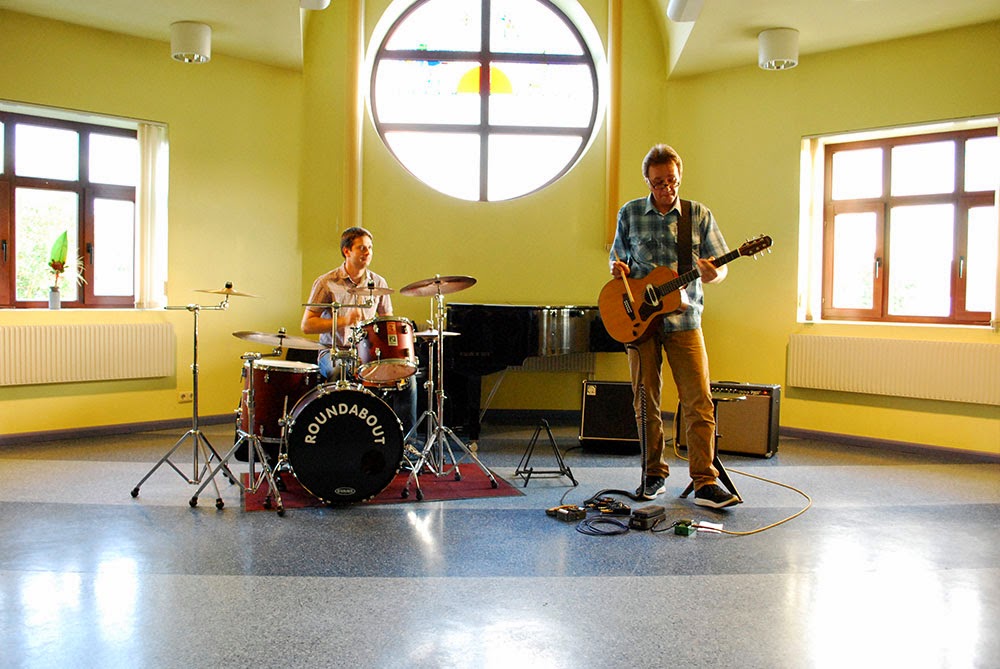 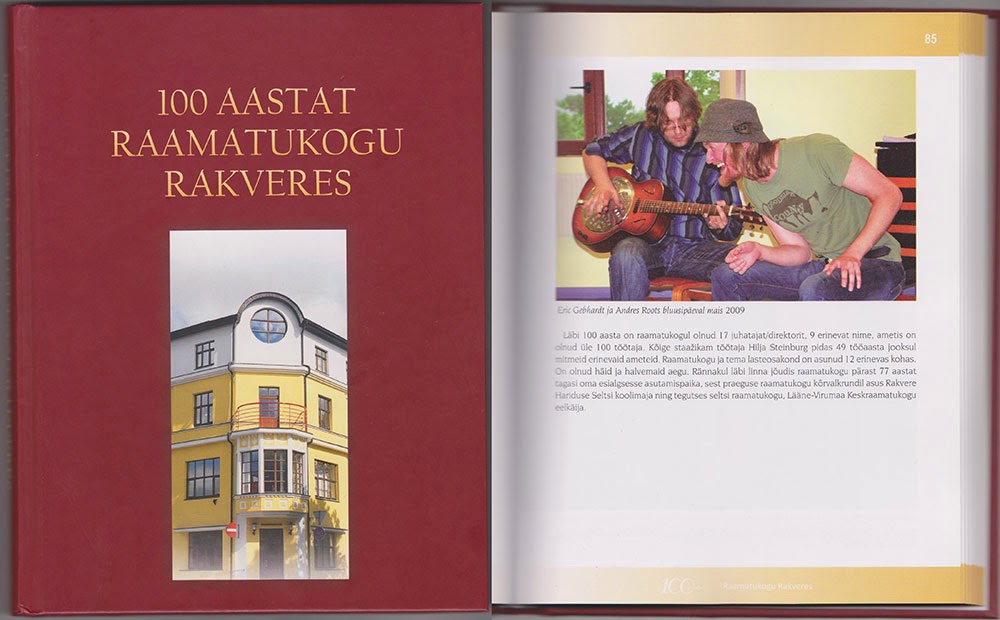 Posted by RootsArtRecords at 12:07 PM