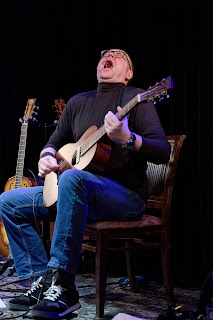 Last week's Finnish tour with Ismo Haavisto was a blast. In his review of the Tampere Down Home Kivi concert that kicked off the shows, Jyrki Kallio calls the duo "a union blessed in heaven and on Earth".

Of Andres Roots' solo set, he writes: "The tunes were completely different from traditional blues, but they were so dynamic and inventively playful that even the blues purists in the audience got really into it, let alone those with broader musical tastes. Many modern guitarists (even in the blues) are in the habit of dressing up their playing in strange additional equipment and electronic sounds, but while there's nothing wrong with that, Andres' (all too) brief set proved that just a man (or a woman) and a guitar can be more than enough when the musician is truly a master of his or her instrument." 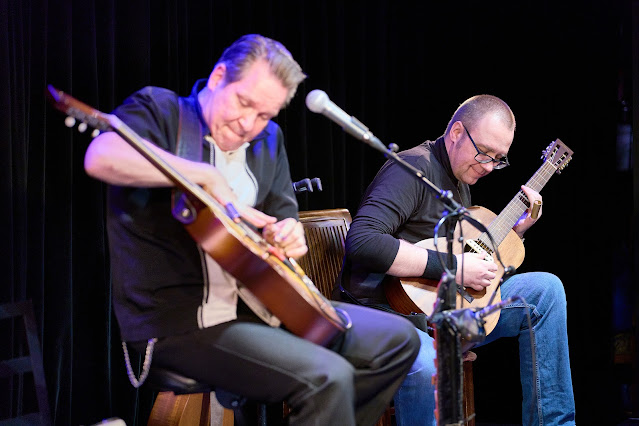 The photos on this page are by Leif Laaksonen - full gallery HERE! To see Jyrki Kallio's pics, read the rest of his blog and watch the videos he filmed, please click HERE! Here's one of Jyrki Kallio's videos:

And here's a a brief clip from the next night at Seinäjoki's Kultainen Kulaus - the tune is "Little Boy Blue" by Robert Lockwood Jr., whose birthday it was on Sunday:

Ismo & Andres also appeared at a Rauma Blues festival club night at Brummi in Rauma. In April, Andres has two more Finnish gigs coming up: Albertin Kellari in Hämeenlinna on the 22nd and at Carlos in Lappeenaranta on the 23rd. Before that, though, he'll be appearing at Esmaspäeva Jazz at Swissôtel Tallinn on April 18th - the tickets are going going fast, so click HERE to get yours now! 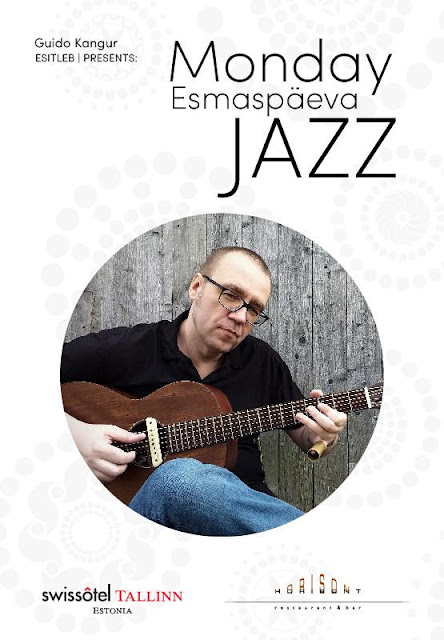 Posted by RootsArtRecords at 5:41 PM